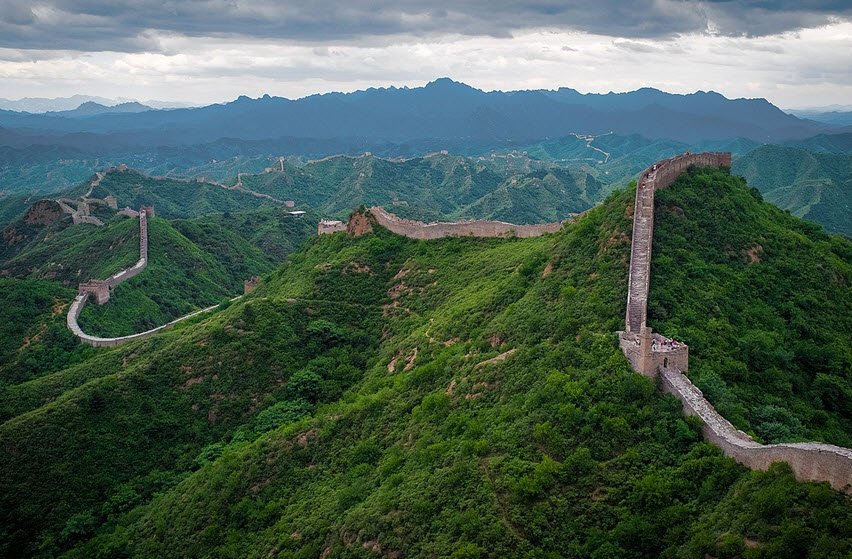 The Great Wall of China is an ancient series of walls and fortification, Totaling more than 13,000 miles in length, located in northern China. Perhaps the most recognizable symbol of china and its long and vivid history, the great wall was originally conceived by Emperor Qin Shi Huang in the third century B.C as means of preventing incursions from Barbarians nomads.

The most known and best preserved section of the great wall was built in the 14th centuries A.D, during the Ming dynasty. Tough the great wall never effectively prevented invaders from entering China; it came to function as a powerful symbol of Chinese civilization's enduring strength.

Made mostly of stone, the wall stretched from the china sea port of Shan Hai Guan over 3000 miles west into Gansu province. In some strategic areas, sections of the wall overlapped for maximum security. From a base of 15 to 50 feet, the great wall rose some 15-30 feet high and was topped by ramparts 12 feet or higher; guard towers were distributed at intervals along it.

Despite its long history, the Great Wall of China as it exists today was constructed mainly during the mighty Ming dynasty. The construction of the great wall as it is known today began around 1474. After an initial phase of territorial expansion, Ming rulers took a largely defensive stance, and their reformation and extension of the great wall was key to this strategy.

Today, the great wall is generally recognized as one of the most impressive architectural feats in human history. In 1987, UNESCO designated the great wall a world heritage site, and a popular claim that emerged in the 20th century holds that it is the only manmade structure that is visible from space.