13 Famous Museums in Punjab You Need To Know 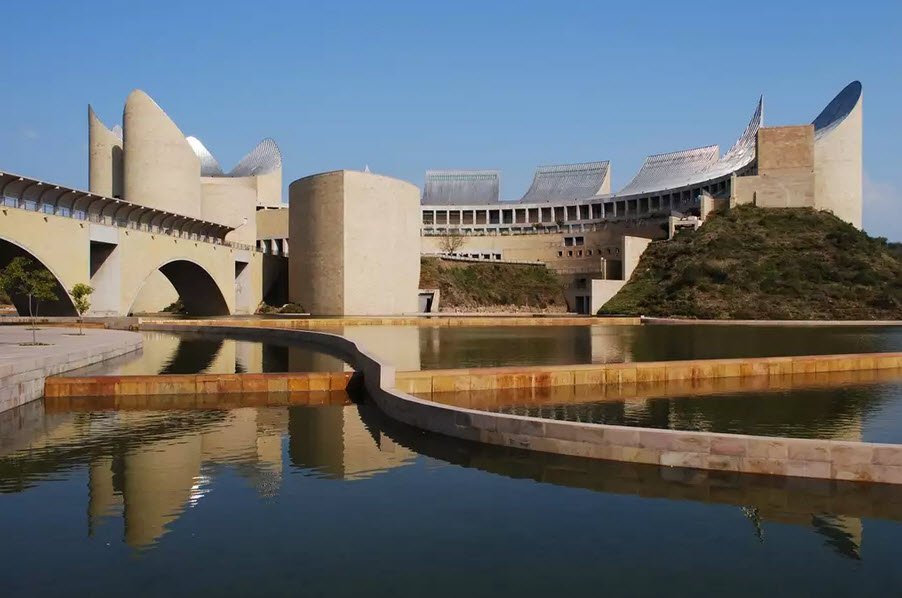 13 Famous Museums in Punjab You Need To Know

Many museums are spread over Punjab, which have an extensive range of paintings and sculptures by contemporary Indian artists as well as a collection of Indian miniatures of the Mughal, Rajasthani, Pahari and Sikh schools. These museums have an excellent collection of medals, arms and armours, objects of princely states, tribal and folk arts depicting different patterns of Art and Culture.

This museum has been established at Anandpur Sahib, adjoining Gurudwara Keshgarh Sahib. This project was conceived on the 300th anniversary of the establishment of Khalsa and showcases the history of Sikhs-based on the scriptures written by the tenth and last guru, Sri Guru Gobind Singh ji.

Punjab government has constructed a Tower named as Fateh Burj which at 328 feet is higher than Qutub Minar which stands at nearly 238 feet. The tower is dedicated to the memory of Sikh warrior Baba Banda Singh Bahadur, who defeated Mughal forces led by Wazir Khan, nawab of Sirhind. The memorial also has six mounds with the statues of Banda Singh Bahadur and his five generals - Fateh Singh, Aali Singh, Mali Singh, Baj Singh and Ram Singh.

The summer palace of the erstwhile king, Maharaja Ranjit Singh has been converted into a beautiful museum. It is surrounded by a garden known as Ram Bagh. The museum displays objects related to Maharaja Ranjit Singh such as his arms and armour, outstanding paintings and old, coins and manuscripts.

This museum is situated on the Chandigarh-Ludhiana, road (around 40 kms from Chandigarh). It is a repository of archaeological finds of Punjab's ancient Civilisation. One of the most famous monuments here is a stupa with a Buddhist monastery, dating back to the 1st and the 2nd Centuries A.D.

situated 30 Kms away from Ferozepur, the museum stands witness to some of the fiercest battles fought between the Sikhs and the British during the Anglo Sikh wars.

At this museum, the fossils and rare sculptures collected from the archaeological site of Dholbaha, dating back to the Stone Age, are displayed.

The Darbar Hall contains rare cannons, swords, shields and maces, daggers of Guru Gobind Singh Ji, the sword of Nadar Shah, etc. It also has a rich collection of chandeliers from Europe, making it one of the best collections in the world.

A rare collection of miniature paintings in Kangra, Rajasthan and Patiala styles are on display here. There is a special section on Tibetan Arts and Artifacts. It's Medal Gallery contains the world's largest collection of medals and decorations.

This museum is situated in Old Moti Bagh Palace and contains rare photographs, medals and kits of great Indian sportsmen.

This museum depicts the saga of Sikh history. I'ts paintings have been done by the leading contemporary artists of Punjab.

On 14th June 1871, the Kukas entered the Amritsar slaughterhouse and freed the cows after murdering the butchers. In retaliation, the British government prosecuted and awarded capital punishment to 12 innocent Hindus and Sikhs. The Kukas, on the advice of their Guru, confessed their involvement. and surrendered to the authorities.

A memorial was then built in the memory of Giani Rattan Singh and Sant Rattan Singh, who was hanged in public and others who were sent to Kaalapani Prison in the Andamans.

It is situated around 55 kilometres from Jalandhar, at Khatkar Kalan, on the Nawanshahar-Banga road. The museum displays the belongings of the revolutionary martyrs of the Punjab, who laid down their lives for the liberation of their motherland.

Situated in Ferozepur, it has been built to commit to memory the great heroes - Bhagat Singh, Rajguru and Sukhdev - who sacrificed their lives for the freedom of the nation.